Caressa Wakeman describes the power of the INCLUDE project 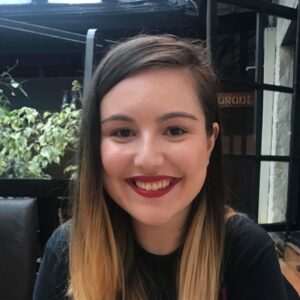 Note: Audio transcript is located below.

Caressa Wakeman, a PhD student in the Department of Civil and Environmental Engineering at the University of Connecticut, has always felt like there was something wrong with her. Throughout elementary school and middle school, she had trouble with reading comprehension and writing. “I remember being in elementary school and middle school and being compared like, why can't you just focus or get good grades like your cousins, because I'm an only child.”

She would find out in her first year of PhD studies that she had ADHD. All of a sudden, everything clicked.

ADHD, officially known as attention-deficit hyperactivity disorder isn’t exactly a rare diagnosis. According to the Center for Disease Control and Prevention, around 10% of kids have ADHD. Behaviors associated with ADHD are commonly described as hyperactivity, impulsivity, and inattention. These behaviors usually continue throughout a person's life.

Unfortunately, the mismatch between these characteristics and the demands of the traditional classroom environment don't exactly make life easy. As Caressa described above, ADHD is often related to lower-than-expected academic performance. The United States Department of Education states that students with ADHD are at high risk of expulsion, failing grades, and dropout from undergraduate studies.

Mazzone et al discuss the social challenges that many students with ADHD face in addition to their academic struggles. Their study showed that people with ADHD scored consistently lower on all measures of self-esteem than people without ADHD.

Caressa says that she compounded and internalized negative sentiments that were gathered throughout her journey. “I felt like a failure, because there's this thing with ADHD about really internalizing failure, like it’s rejection sensitivity.”

Once in graduate school, however, she found a silver lining. Throughout the whirlwind of responsibilities and work that Caressa had to face, something called the INCLUDE project threw her a lifeline. Their message to her: We will support all students, accommodate diverse learning styles, and cultivate success in the engineering field.

The INCLUDE project empowered Caressa and helped her change her perspective on what having ADHD really means. “I think what the neurodiversity movement and what the INCLUDE project is teaching me is that I'm not fundamentally damaged or flawed. The system is. So it's taking emphasis off of me, and putting it where it really lies. And it's the system that I'm in, that was making me feel like there was something wrong with me.”

The INCLUDE project embraces cognitive differences through the lens of neurodiversity, which moves away from the stigma and disability labels that autism and ADHD (among other neurological conditions that have been defined as disorders) carry with them. Rather than viewing neurodiverse students as broken or deficient, this perspective allows for an understanding of neurodiversity as a spectrum of cognitive variations that come with unique strengths and challenges.

The INCLUDE project implements I-Courses, which are redesigned Civil & Environmental Engineering courses that support a range of learning styles and are more individually tailored to the specific needs of the student. For students with ADHD, this sort of class is a boon. A study by Allsopp et al discusses how an individualized course structure for kids with ADHD and learning differences can promote success.

At the end of the day, the INCLUDE project can not only help neurodivergent students like Caressa succeed better with individualized learning, but can also destigmatize their diagnoses and make them feel more at home in the engineering community. Learn more at https://cee.engr.uconn.edu/include.

Listen to more of Caressa'a interview and story below.