The Transportation and Urban Engineering group works in conjunction with the Connecticut Transportation Institute to conduct multidisciplinary research in transportation safety, urban design and regional planning. The faculty has expertise in  areas spanning sustainable transportation systems and infrastructure, complex construction projects, transportation data systems, and geographic information systems. They are dedicated researchers and teachers. They enjoy active involvement with their graduate student group. 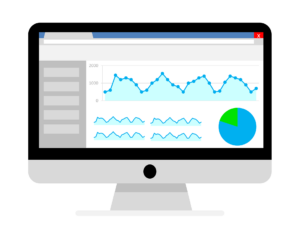 Safety analysis primarily focuses on identifying and quantifying the influence of factors contributing to traffic crash occurrence and its consequences. The traditional analysis paradigm relying on observed data only allows relative comparisons between analysis methods and is unable to say how well the methods mimic the true underlying crash generation process often unobserved or known only partially with various degrees of uncertainty. To address this limitation, the researchers plan to build a high-resolution disaggregate data generation process that mimics crash occurrence on transportation facilities. Specifically, a general framework of realistic artificial data (RAD) data generation embedded with heterogeneous causal structures for data generation is developed to synthesize crashes at a trip level while considering roadway facility, driver, and vehicle factors. These artificially generated crashes can be aggregated at any spatial or temporal resolution to mimic data from the real world and carry out systematic safety analysis methods evaluation. The proposed RAD generator is developed as a stand-alone software application. The application is customizable and can be run to prepare multiple realizations of the RAD. The proposed tool will be evaluated for two case studies involving vehicle crashes and pedestrian-related crashes.

Prioritizing People - Mixed Equilibrium Assignment for AV Based on Occupancy 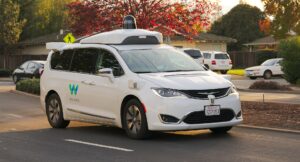 Autonomous Vehicles (AV) have the potential to revolutionize transportation operations mode choice. In June 2017, Connecticut Public Act No. 17-69 “An Act Concerning Autonomous Vehicles” authorized the testing of AVs on Connecticut roads. In April 2018, Connecticut launched the Fully Autonomous Vehicle Testing Pilot Program (FAVTPP), which set the permitting and testing requirements for AVs on public roads. Although there is optimism that introduction of AVs will mitigate traffic congestion and vastly improve safety, the transition to a completely AV fleet - which will take time - presents non-trivial problems. In the United States, automobiles did not begin to outnumber horses on roadways until the late 1920’s, twenty years after the first Model T rolled off the production line. If a similar timeline for AV deployment and market penetration holds, we won’t see AVs outnumber human-driven vehicles until sometime in the 1930’s and won’t see a completely autonomous fleet until somewhat later. This means that for the next 20+ years we will be operating in a mixed traffic environment including human-driven vehicles, occupied AVs and unoccupied AVs.

Some AVs will operate as part of a centrally owned, shared autonomous fleet in which vehicles are routed according to realtime requests similar to current human-driven e-hailing services. However, a not insignificant portion of AVs will continue to be owned by a single household. The availability of an AV in a household may allow them to own fewer vehicles at a considerable cost savings, as a single AV could be used to meet multiple household members’ tripmaking needs provided it could reach the next household member in time to get them to their destination on time. This means that a significant portion of the AV travel time will be unoccupied, depending on the tripmaking needs of the household. These unoccupied AVs will impact the travel times of occupied AV and human-driven vehicles.

It seems obvious that the travel needs of occupied vehicles (AV and human-driven) should be prioritized, and that empty AVs should be routed to minimize the impacts on occupied vehicles. However, if unoccupied AVs are assigned a route that is too circuitous, it may not be able to meet a household’s tripmaking needs – requiring additional vehicles and eliminating the cost savings for the household of owning an AV.

The central research question of this proposal is: How do we route unoccupied AVs to minimize the impacts on occupied vehicles without disproportionally hurting households that own an AV? The proposed research will focus on the following topics:

3) Application of the methodology on a Hartford, CT case study.